We all share the feelings on how hard it is to solve a hidden issue in a distributed system as each call during a chain of invocation is unpredictable, the methods/ tools for sniffing/ tracking each part are either too hard, incapable, outside of control, or too expensive.

The trigger made me composing this blog is the article: Challenges with distributed systems from Jacob Gabrielson, where Jacob expounded how and why designing/ managing a request/response distributed system is challenging. I recommend to read it 😊.

The story in this blog is a troubleshoot case I solved in a customer staging network years ago, where OpenStack clusters were integrated with some other different (virtual) Network Function clusters.

There were many OpenStack Clusters onsite, with different VNFs running on top of them.

Reviewing everything to have the pattern of the issue:

Luckily yet unfortunately, the alarm was kept being raised from OpenStack Cluster a, let’s call it OS-a, I started to look into this issue from it.

First, allow me to explain how this OS-a call upstream NTP.

From below figure, I used blue arrow to show a NTP client to server call, we could see all nodes include control-plane node(cpn), and other nodes configured their upstream NTP server as the control-plane hypervisor. Thus the alarm actually means something is wrong around the circle in the figure.

note, in this OpenStack Cluster, the control-plane nodes were VMs hosted by cpn hypervisor node 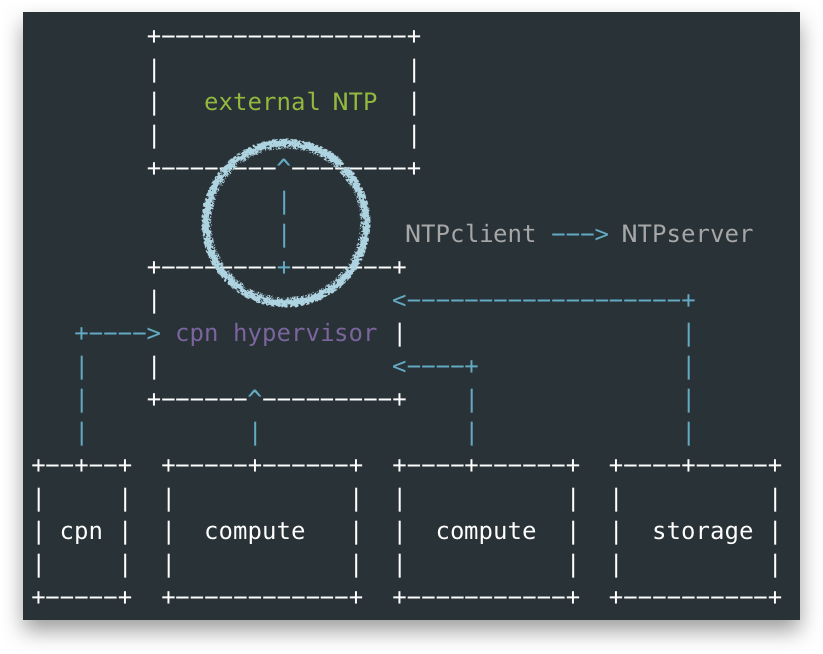 And let’s check NTP stats from the cpn hypervisor node, from below we could tell the [NTP server side packet not being recieved] frequency was hard to say small: in last 256 * 8 seconds of the moment, 3 of 8 NTP polling hadn’t get responded packet. By checking the alarm triggerring code, it’s found only after more than 1800 seconds a upstream NTP server not responding, a alarm will be raised, which is a slightly high threhold.

note, please refer to Appendix: ntpd -pn explained on how we get this information from below printout. 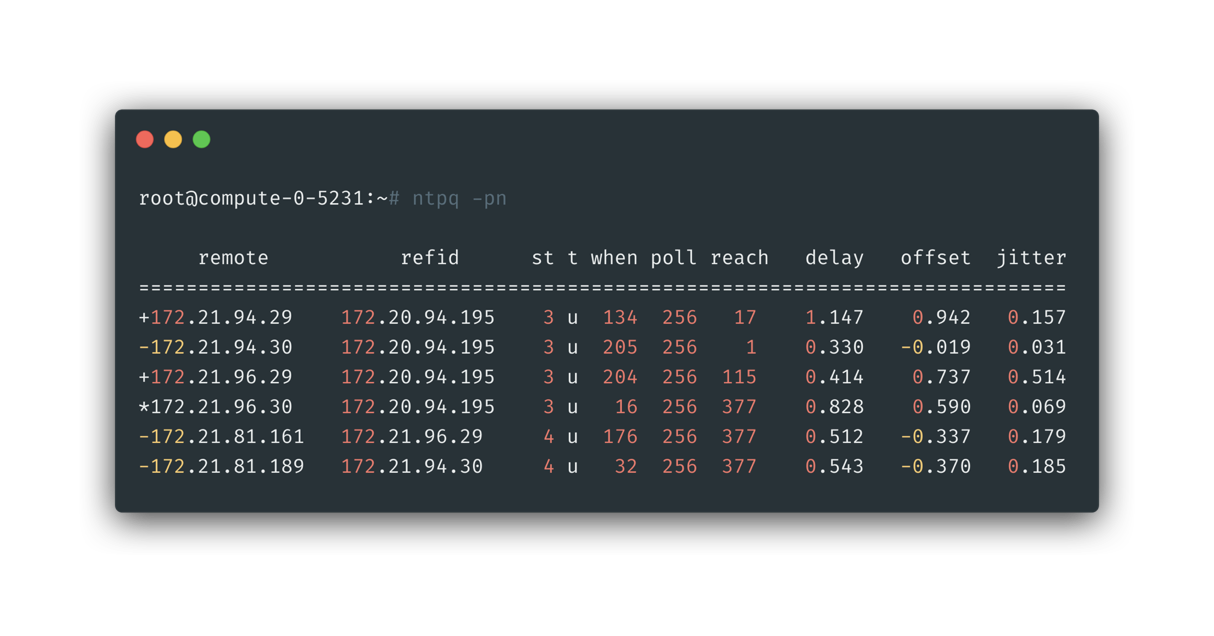 It’s a good sign to know this issue was actually easier to have the minimum reproduction: just query it directly from cpn hypervisor node, and, it’s in high frequency(easy to repoduce).

Then we have below questions: 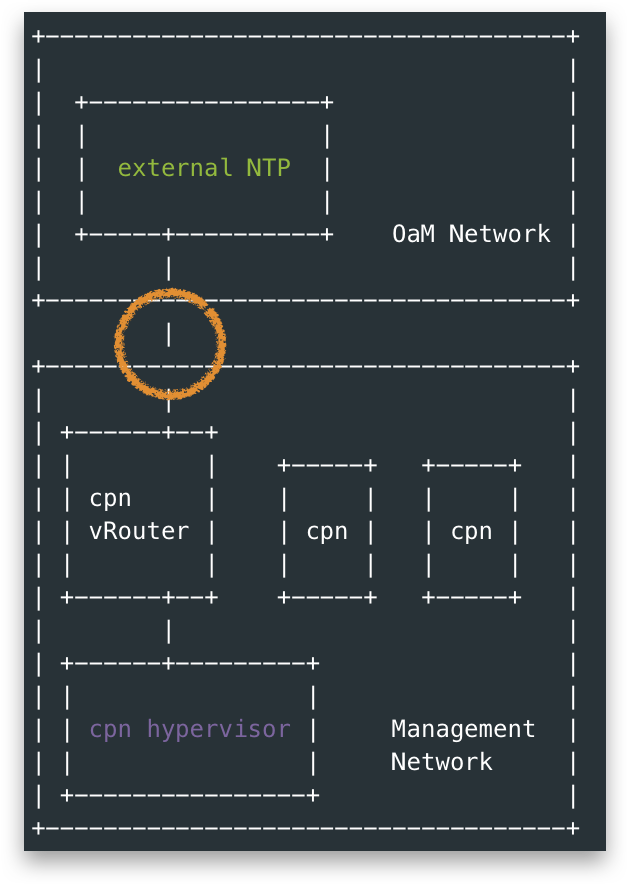 With above knowledge, packet from its cpn vRouter was captured:

By checking the packet with no.482, whose client NTP call was not responded(others around it got responded), something intresting was found: 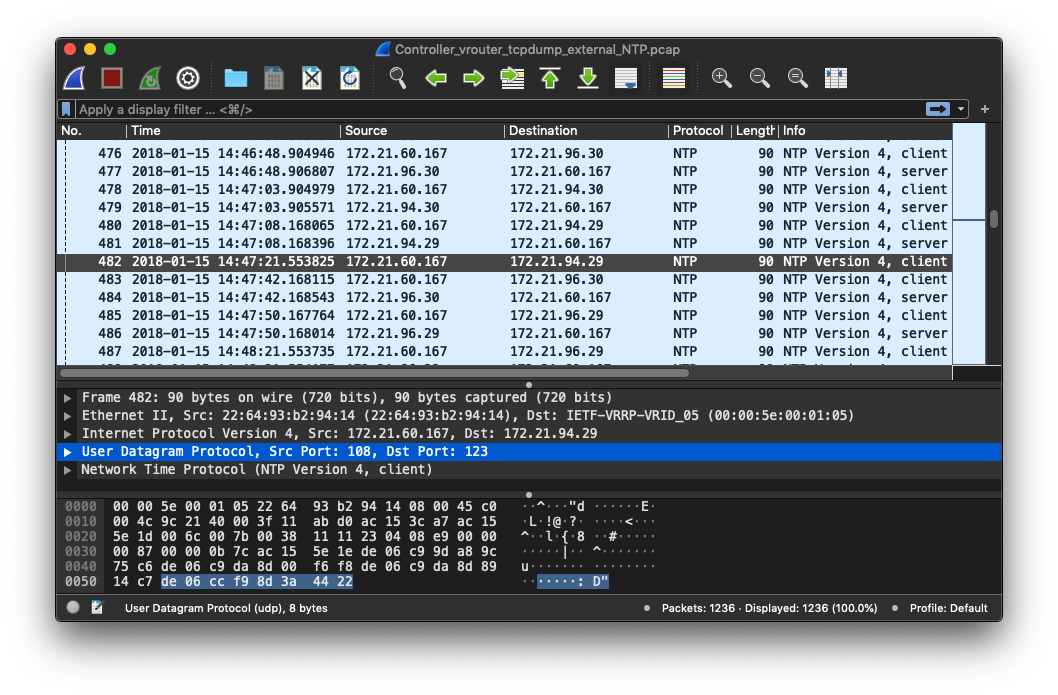 This was something close to the turth, still more questions to answer😀:

Now we know information on how and why source port was modified in the alarm-raising cluster, but still cannot figure out why only that cluster encountered issue. At that time I really didn’t have more ideas, but the difference seemed to be related to in the random source port it chosed. I guessed something could be wrong on handling non-123 src.port NTP requests, then I googled this with keyword like: 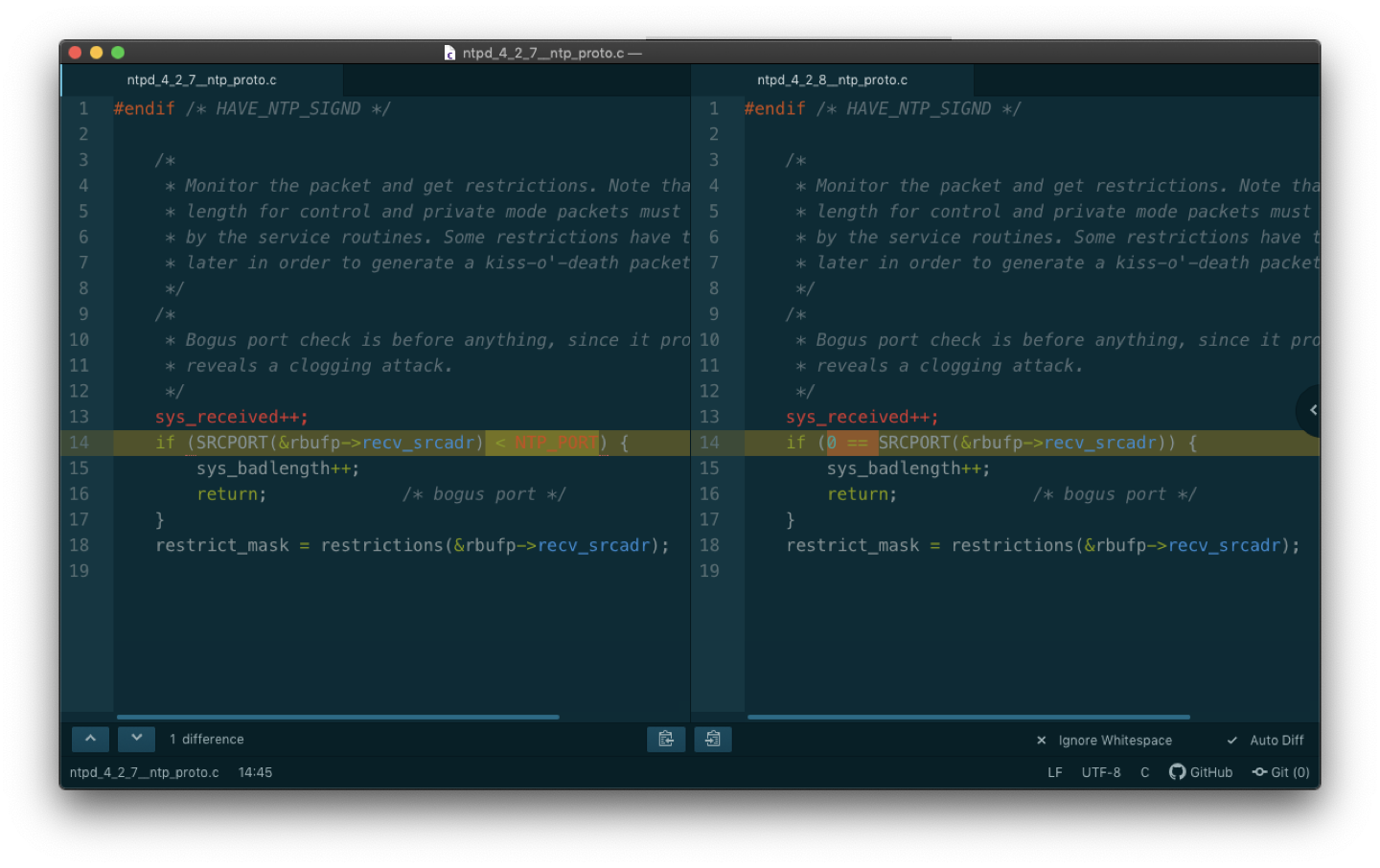 Then I asked the NTP-A administorator to confirm the ntpd version, it was 4.2.7😜.

also, we come to know that the NTP-B was too old to have this NTP bug in its ntpd.

Well, I am not a story-teller but, I really consider this troubleshoot case intresting, and it’s true as quoted from Jacob:

We could focus on three columns of when, poll, reach as explained in above manual and below square. It told us: 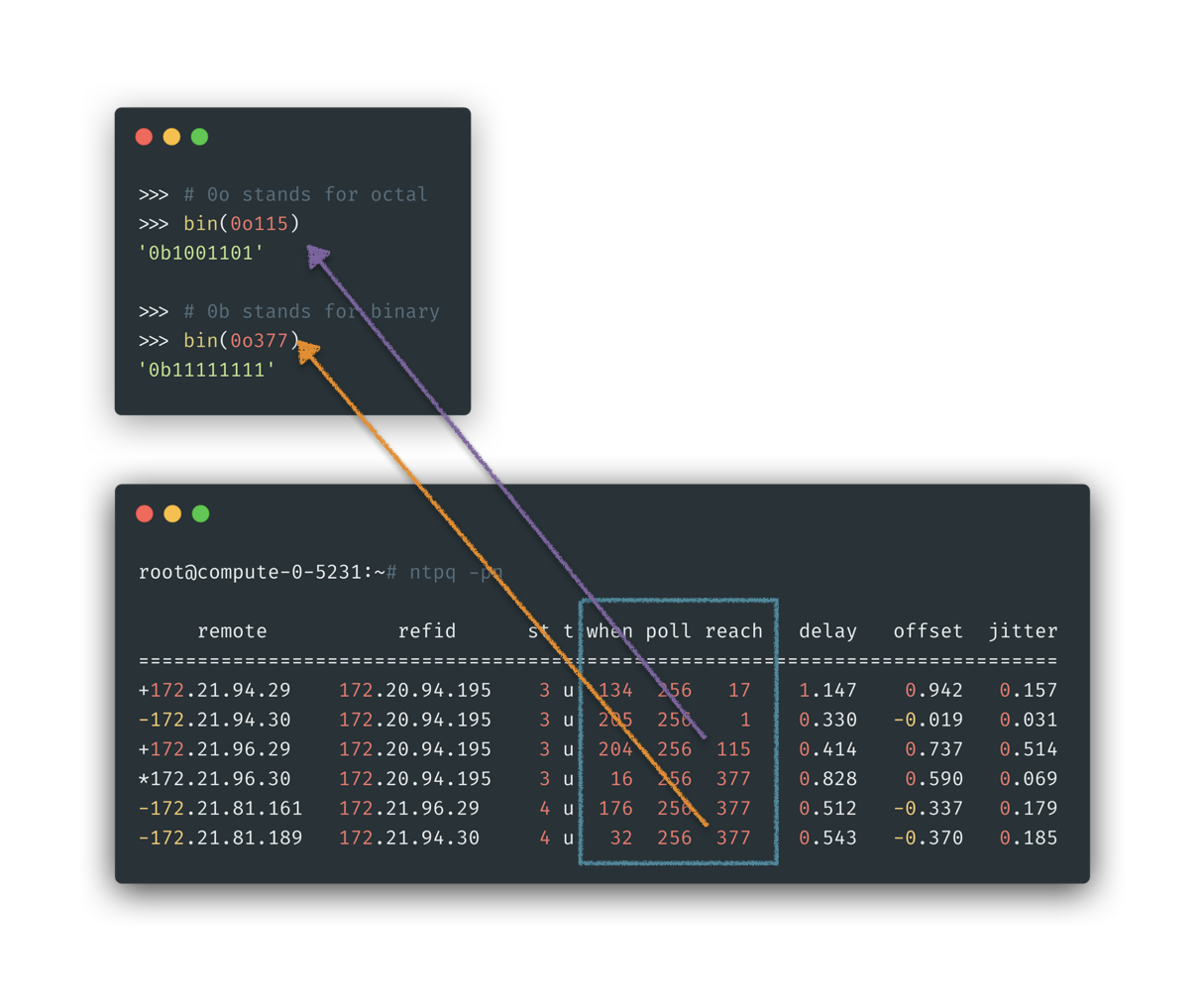